There are worrying too much about the history of recordings with the Russians that deal with Salvini to use ENI as a courier for covert funding. First, the investigation is already open for months, and the same audio are already aware of the prosecution. So there is nothing new. There is no news. Second, the investigation arenerà, because there’s half a public giant ENI.

And since there’s half a public giant, that is a fair of “jobs”, Freemasonry, politics and everything, the investigation will stop very first to get to ENI. Lastly, We have to understand that at this time you’re deciding the game of regional autonomy. And that means that it is important. It reasoned that, on the front page you will find always and only the rubles of Salvini.

But let’s go to the really important things for human beings.

I refer to this news, we still do not I see the Italian papers but is doing a little tour of foreign newspapers:

in practice, tests have emerged according to which the employees have fun google to ignite l ‘ google server at any time (even on the phone) to hear the things you say. Of course, the excuse is always that “we do to improve the service.” Sure. We all believe.

But the problem here is not the fact that someone decided to find the most ridiculous excuse in the world, or the fact that they were already out rumors like that in the case of Amazon product.

By now people are used.

Why is this strategy of OTT: “the end of privacy.” The strategy “the end of privacy” simply means that somehow they want the very concept of privacy lose meaning, to be unenforceable, and even when the legislature decides to protect that privacy will become technically impossible to actually do it.

take an example, just with the Google server. If you want to disable it using the “less insecure” you can always go on your App settings, and deny access to the microphone. 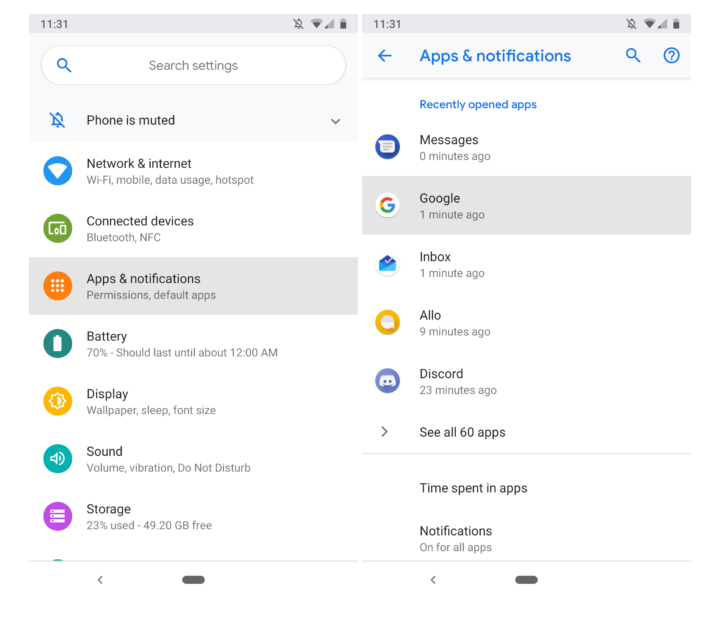 You will say: but who tells us that the application obeys this setting? True. The problem is that unless it did it would be very simple sgamarli someone can do an experiment, attack the cell to its femtocell / WIFI, and note that the phone more traffic face when speaking in his presence. So it’s risky.

Of course, google You could make transcribe the things you say in a text format, save lots (in text format take up little space), and then upload only in high traffic conditions, when it would be almost impossible sgamarlo.

and here we are to the point. the point is that will not happen until some particular incident with privacy, no one will say anything. that is: until something bad will not happen to the common man, able to terrorize everyone. Type: a hacker has entered the google servers and has released recordings of what the Italians do in the bedroom, or how much they earn, and so on: you are all online.

Only then an angry mob would drop to the streets to ask for help, the usual philosophers would talk cock failure of ‘Europe (in recent years is in fashion: out on average an article on the failure / weakness / inadequacy of Europe every week, signed by an “intellectual” ), but it would be too late.

It would be too late for all this is part of a strategy. Let’s see how it performs. Step back and imagine having removed to OK, Google access to the microphone. Suppose functions. First, it is sent to Google, so they know that. But let’s assume that ALL the world to do the same. It would be a catastrophic failure for the assistant to google.

But it does not happen. It does not happen because google will soon publish an app Fichissima head that works just need to google is authorized. And so they have, gradually eroded the concept of privacy.

For example: the use / abuse of cookies. They are very useful, but not essential: it is not that impossible to imagine a world that does not use it. The session can be shown in a number of parameters, and if he was going crazy to have a session layer and a presentation, you could work much better using SSL: a public key from the client side would guarantee your identity much better. For the rest of the business logic, cookies are useful, but not essential.

But how did it come to this point with cookies? Well, it’s simple: all the “cool” sites have started to use them, putting users in the face of painful alternative: either give up the service, or agree to turn your computer into a bugging device. A bit like with Google Maps: do not want to know where you are: I Said. But really knows about it.

The same applies disproportionate use of JavaScript on the client side, which has now come to be a monster that will launch tasks on your computer and you may not even know they are, unless you read all the code. JavaScript was necessary? Mah. Not necessarily, in all honesty. You could proceed in a different way, by extending the execution capabilities from server side and letting the client did the client.

But of course, no javascript now does not work nearly nothing, and here is the point: it is as if in the book of Orwell the “telescreen” in homes was not an obligation, but something like “if you install it, defends you from thieves.”

but the strategy to get to the “end of privacy “there’s more. The second bastion is the release of free libraries. Can not find a single programmer, today, you really write your own code. They are all experts in this and that library, that just happens, less and less is sometimes “community driven”, that is, the ‘open source as we know, and more and more often is “kind donation of some company.”

What does it mean? It means to prevent the opensource someone would begin to program the libraries that served WITHOUT fill them with backdoors and other systems of privilege escalation, the great October have begun to offer their libraries for free.

result is that today almost all programmers use of large companies-light libraries and tools, and they inevitably end up in the hands of all. React, GWT, etc., are all “free” things, certainly more comfortable to use, just … just do not know what to do exactly.

The more skeptical will say to me that things are “code open “and that if there were backdoor someone would have noticed. Sure. It always says so, but then nobody knows me the name of the “someone” who watches.

There are some very cool things are “features”: Connecting you to the automatic face recognition in the phone so that the phone always checks if there is a familiar face in front. Including the slut who masturbates. And of course the faces are not “collected”: absolutely no. It’s called “data backup”, because we can not lose access.

The thing came to ridicule the history of ‘SMS as “two factors authentication”. If the ‘SMS was not the insecure procotollo that it would be credible. But of course, with this excuse will you ask the phone. After all, you have not noticed that all chat systems now only work by binding to a real phone number?

But the strategy does not end there. Because if on the one hand we must ensure that applications are widely used very unsafe and privacy will disappear, you must also destroy the remaining applications and protocols that allow for privacy. As you destroy them? By making them difficult to use.

Take for instance the Google Authenticator. Nice idea, right? No. Because if by chance you change phones, migrate accounts will be impossible. And so, the only thing that follows is the ‘MSISDN, that is, the phone number. And then, it happens: the authentication system with privacy is difficult to use and has a lot of flaws. That not privacy, that is, two-step authentication giving your number to someone instead it works fine.

This distortion is continuous: for example, you are not “root” of your phone. Which means that you can not install a firewall, and existing firewall applications are in fact unsafe applications that create an interface TUN (which Android sees as VPN) and then sniff the traffic to encrypt. Ha ha ha.

And that goes for all VPN in use on Android: because you’re not “root” on Android (and even less control you have on IoS), in fact, for unknown pplications installed privacy that make tapping of your traffic (ie intercept everything and clear) and then send it to an interface TUN. Congratulations: in practice, togliendovi the right to manage your phone, you have made it difficult the use of security systems. The same applies if you decide you want to use DNS, and so on.

The same applies to the use of domestic cloud: if you decide to leave everything at home and not to use cloud services, today with Mega available you can do that easily, and make selfhosting. The trouble is that a series of prohibitions nonsense (such as the difficulty of the applications Android to read things created by other applications, or difficult procedure in order to read / write external devices) have made sure that the applications of this kind work … sometimes. On some versions of OS is, for certain vendors, and so on.

In fact, therefore the strategy to bring the end privacy consists of:

what I mean by the ideology of the end </ strong privacy> is not a situation that occurs because the technology becomes insecure. In reverse: It takes place because you will not find stranger take your life, including the private one, and let someone else look. Soon you will take alexa in the bedroom, because you turn on the your bedside, something for which no use disturbing the AI, even doing it in person.

This trend will stop? How to stop?

Well, the first big accident. Remember when it happened that all the statements of income ended the Italian network, public? Here, consider that Facebook has developed an AI system that allows you to calculate the income of everyone who has an account on Facebook. This, they say, to better target advertising.

Here, the first time that data will end up online, then you will wake up. Why there will touch in his wallet, Facebook and it impippa of your statement and your accountant: know where you are, know what to do, you know what you know, so he knows what products you use, how much you spend for this and that. There is a tax haven that takes.

Well, perhaps with an accident like the masses would change their minds. Perhaps the fear of being at home Finance would be too strong. And then perhaps it is knowing that anyone can know how much you earn really you would cry foul.

Or maybe not. After all, you have not done.

We deceive perhaps that those technologies will Google and Facebook and Amazon, and you can always stop to adopt the government, but you forgot one thing.

Tax evader is the new Negro

I have already written several times that politics is just another category of aesthetic thinking, ...