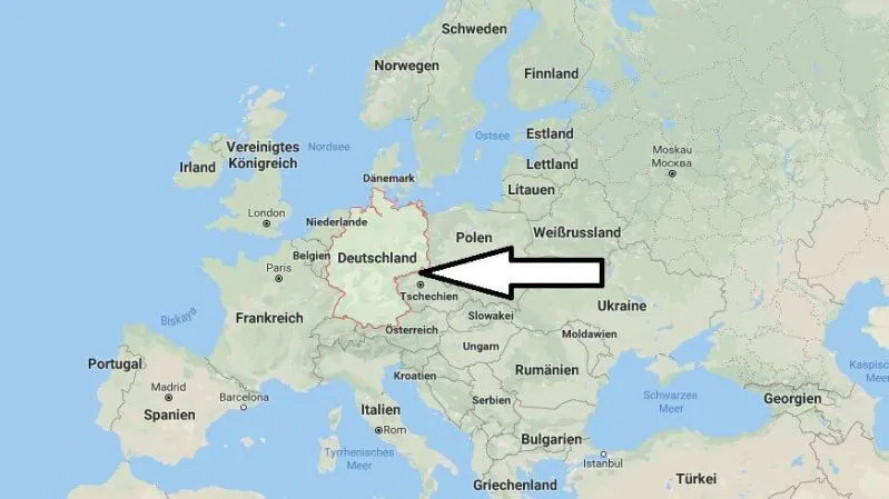 In addition to being contacted via Tox by people asking me for the URL of my blog in German, you may have noticed that sometimes there are breaks in the Italian blog. These pauses are due to the fact that I can’t write many articles, I have to write them very quickly (I don’t even have time to correct the drafts) and so if I write on the blog in German I don’t write about the one in Italian.

Anyway, I’m not going to give the address here. The reason is simple: I have delegated to my stalkers the task of searching for whatever I write, recognizing that it is mine, and making a copy of it. This has several advantages:

The only disadvantage is that they also put things in the writings that I didn’t write (in the sense that my style is imitated), but as PseudoMatteo said, if you don’t even have an apocryphal blog you’re not fucking anyone . The apocryphal are not a bad thing: without them, you would not have the crib, for one thing.

Having said that, it is the responsibility of my usual stalkers to find my blog in the German blogosphere, recognize my “style” and my “syntax errors” and make a copy of it. Which, I am convinced, will translate into Italian.

So if you can’t find my blog, then it’s their fault. As you know, today, finding professional stalkers is not easy today. It’s those jobs that Italians don’t want to do anymore, like trumpeting with their wife, or something like that. Plumbers and stalkers are no longer as they used to be, and then many are foreigners, my lady. Where will we arrive at this rate? Where will we arrive?

However I confirm: my blog in German exists, and is growing in notoriety.

Writing a political or corporate blog in Germany is very different than doing it in Italy. From the Italian point of view, in fact, the German political communication is firm to the 80s, like DC and PCI and PSI and PDIUP.

When you write a blog that uses a different approach, ie a blog that sees the same problem from a different perspective, you immediately clash with the habits of the natives. Because there are two cases.

If you are saying that someone is wrong and that things are not as they are told, in fact, the German expects you to use one of the styles that raged in Italy in the 1980s.

Obviously there is also the governmental style, which is “it explains it is national popular” ”

There are also other small parties, such as the FDP, which use the same technique, simply saying that the Communist dictatorship of illiberal taxes wants to take out the diamonds by mouth to the poor rich victims and tax evaders. In practice, you simply have to do as the extreme left, but shout that the communists arrive with the Kalashnikovs charged with taxes. Replace Katastrofe with the word “LohnSteuer” (income tax), or even “Schuld”, meaning debt.

AfD has a peculiar style of communication, in the sense that they have tried to mix the catastrophism of the left with the pessimistic procastinesism, saying things like “Europe will ruin us all, and niggers will rape your daughters”. It is the style of communication of a newspaper called “bild”, a kind of “Real Chronicle” only that it sells a lot of copies. You are at these levels:

In short, to be a “normal communicator” in Germany you have little chance, as it was in Italy in the 1980s:

There are some exceptions, such as the “Rant against the Stasi”, which consists in demonstrating that today’s Germany is as it is in the GDR, but there are no more fich cars like the Trabi and the Prinz.

In short, if you do not act as a political journalist of the 1980s in Italy, opening a “non-mainstream” blog in Germany is the best way to clash with all the cultural differences in politics. And in one go. You can’t be “non-mainstream”, for example, if you don’t speak ill of the “Kapitalismus”.

To give an example, the German still often uses the word “Beruf” to indicate his own work, which does not only indicate work but vocation, training, the role he has in society and his identity: if they do not say ” What do you do”? but “Che lavoro SEI”: “Was SIND Sie von Beruf ?. Or the concept of “debt”, which in Germany includes the pragmatic fact of having to pay money with the moral concept of “guilt”: the fault is a debt, and the debt is a fault. “Schuld”.

When you are used to unifying the three dimensions, Kapitalismus does not only indicate the fact that an individual with only capital can become a chemical industrialist without knowing anything or having founded a chemical company: when a German says Kapitalismus he understands the sum of Capitalism, Mercantilism and Consumerism. This is typical of all the peoples who practice post / Hegelian idealism, therefore all the Nordic peoples. Not for nothing you hear a group of Icelandic Aggrotech, the HATARI, convinced that a Mc Donald shop instead of a church symbolizes Capitalism, and not Consumerism. For a neo / Hegelian idealist, unifying praxis, the theoretical and spiritual dimensions is absolutely normal. As it happened also in Italy up to the 80s, more | or not all political communication.

Talking about politics with a people that unifies history, morals and ethics (and fails to separate them) is rather complicated.

Let’s take a simple sentence: “Veganism is a form of consumerism where an ethics (veganism) becomes a product (food) that you can buy and consume”.

If you can’t distinguish consumerism from capitalism, and ethics from morality, you can’t understand this simple statement. You have to go by steps.

If you explain it by steps, many will follow you, but some will begin to struggle to distinguish things. Since they are used to unify the dimensions of practice, theory and identity, for many it is very difficult to break the concept into smaller parts. The analysis is not foreseen by Hegelian thought, post, pro, neo, or anything else: the thesis is the thesis, period. At most it has an opposite, as capitalism has communism as the opposite, but it must not be possible to break, analyze.

The fact of having to take the concepts en bloc, ie in a holistic sense, greatly limits political communication, and allows one to deal with complex problems only to the extent that they are synthesized by a term. If you try to analyze something, the average German responds, simply “Qvatsch”. The local equivalent of “Bullshit”.

So the interesting thing about having a blog here is that:

And no, since the German school is in fact a factory of Germans, young people make no difference.

In summary: for now I’m having too much fun, so I will NOT put my blog address here. Also because in the 80s I was a teenager, so Germany makes me feel young.

Hey, where did the self-regulating market go?

So, let's summarize. For decades we have loved the self-regulating market. Although mathematici ...